What a great week this past week was! Mom, Aunt Ellen, and Aunt Sue all got in on Saturday morning and I wasted no time getting them out and exploring my beautiful city even though they were jet lagged. If you ask them I think they walked through a layer of skin on their feet but there was just so much I wanted to show them and not enough time!

First I took them to see some of the churches like the Catedral and Santa Maria del Mar. Then we headed to Parc de Ciutadella and the Arc de Triompf. 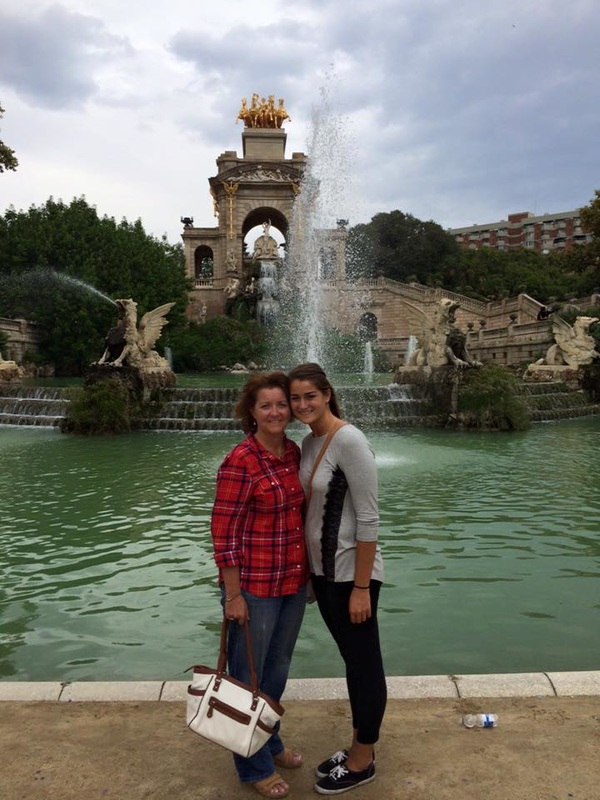 I also took them to see the Magic fountain that night because it only runs on Friday and Saturday nights during their fall season. It does not feel like fall here at all!

The next day we had a tour of the Sagrada Familia and after a few tries they finally could say it correctly. It means holy family and it is a church that has been in the works since 1882 and is projected to be finished in 2026! It is absolutely beautiful on the inside I am always enamored by the stain glass. The church was designed by Antoni Gaudí who dedicated his life to the creation of the church. The church is often nick named the stone bible because on one side is all about Jesus life and the different stories in the bible including the three wise men, when Mary hid baby Jesus on the donkey and many more. This side is where the sun rises, on the side where the sun sets is extremely opposite. It is all about the death of Jesus and has his crucifixion and also the kiss of Judas carved in stone. 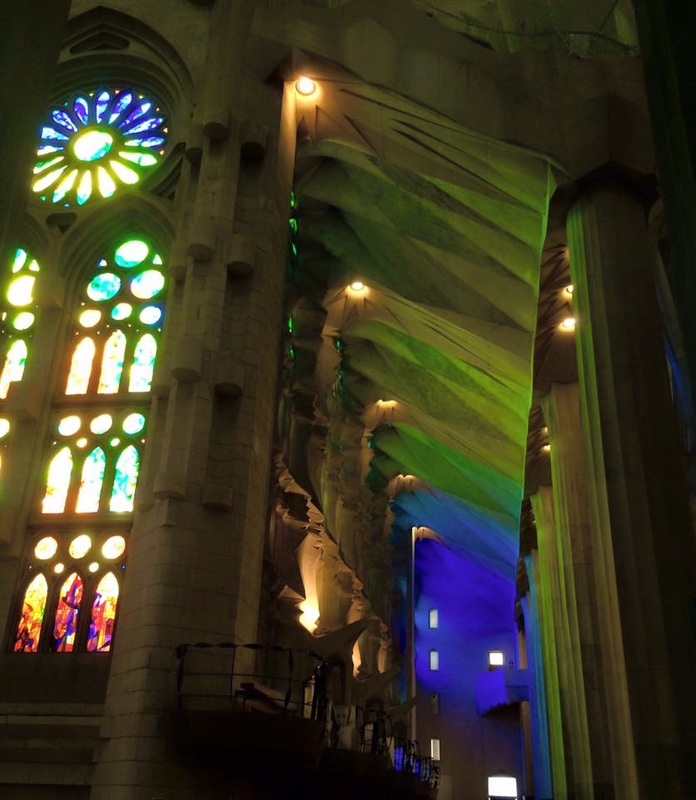 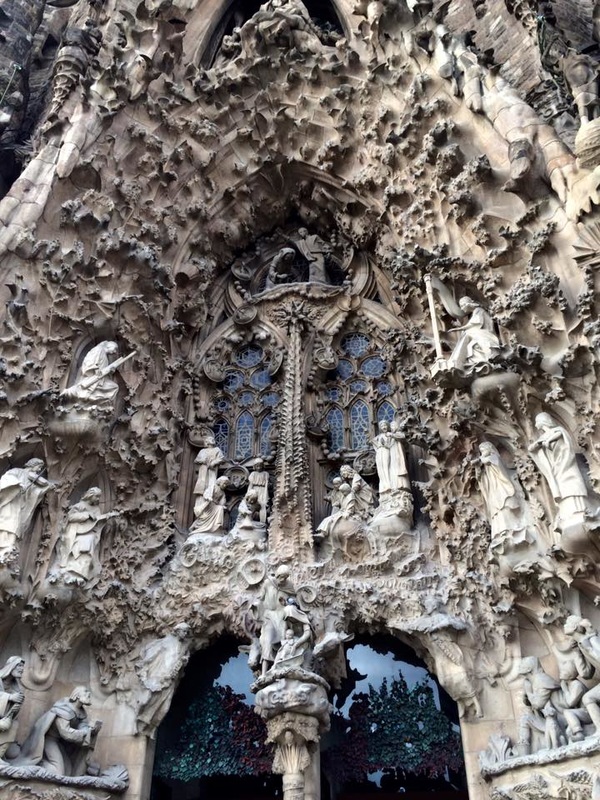 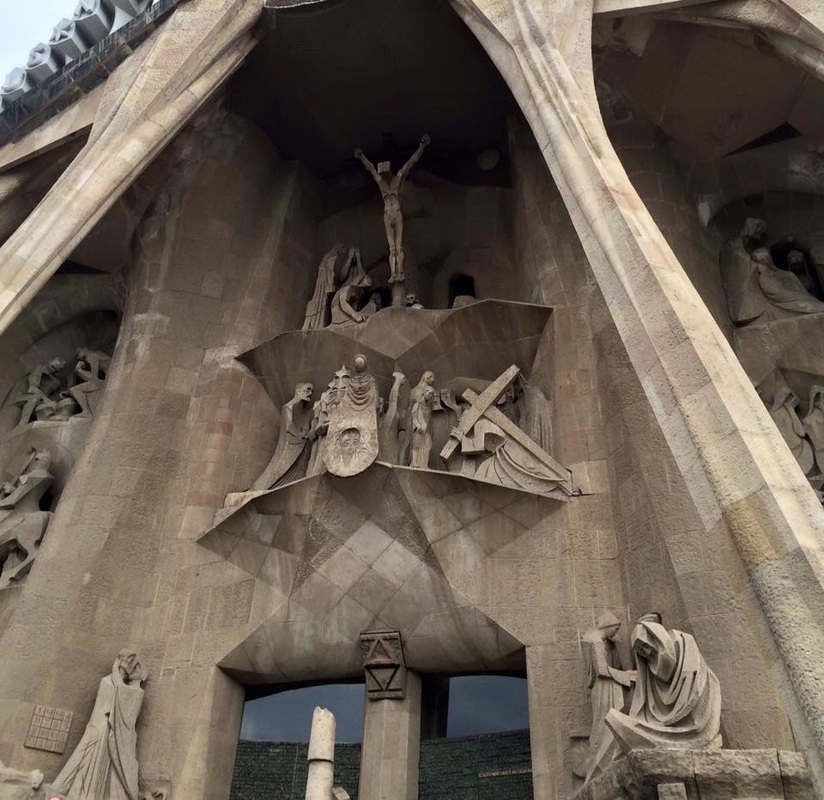 After the Sagrada Familia we went to the Pablo Picasso museum and got to see most of the artists earliest works, for free! The first Sunday of every month a lot of museums are open to the public for free and its a really awesome thing to take advantage of. After the musuem we went to the Castel of Montjuic which is more of a fort than a bunker but it is on the top of a hill with a great view of the city. To get to the very top we took a gondola which is where the first picture of this post was taken.

On Monday we went to park Guell which is another Gaudí creation. All of this Gaudí sight seeing got us thinking is this where the fashion style gaudy comes from? With a little research we found the term gaudy to describe an outfit actually was around way before Gaudí was even born but its a funny coincedence because most of his works could actually be describe as gaudy. 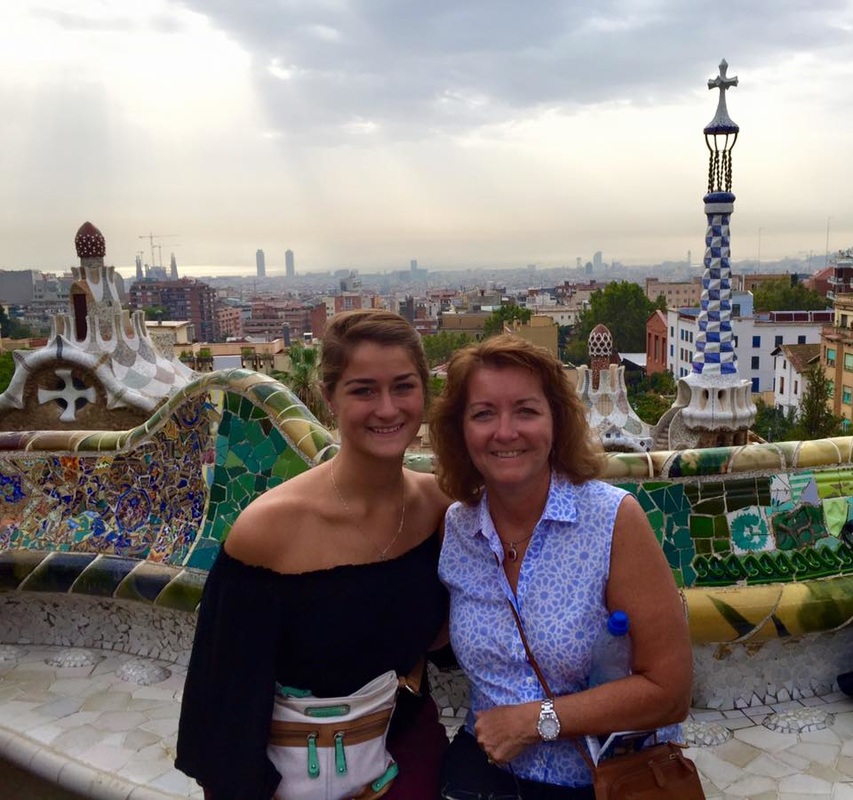 After Parc Guell we decided to take advantage of the hop on hop off tourism busses and ended up riding on two of the lines taking them all the way around. This was a good way for them to see the entire city and hear a little history along the way. There was no way I could show them everything in the short three days that they were in Barcelona.

After the bus tours we went to visit my host mother where she made us a chocolate cake and served us Cava which is Spains version of champagne. Afterwards we went shopping in the small boutiques around my barrio which is what they call their neighborhoods here.

Tuesday was a half day because we had to fly to Paris, we took a more relaxed approach and went out to brunch and walked up and down Passeig de Gracia which is the street where all the really fancy designer stores are. We mostly did window shopping which is always fun.

I really hoped they enjoyed their time in Barcelona because I love it here. I was so happy to show them all around even though I think they might need a rest from all the walking we did.

Becca is a Marketing major from University at Buffalo, and interned abroad during Fall 2015.