Barcelona Threw a Week Long Birthday Party for Me!

La Mercè started last week Friday and finished late last night. The festival has been going on for many years before I was even born but that did not stop me from pretending the celebrations were in my honor. Legend has it that on the night of September 24th, 1218, the Virgin of Mercè (Our Lady of Mercy) appeared simultaneously to King Jaume I, Saint Pere Nolasc, and Saint Ramon de Penyafort. She told all three to set up an order of monks dedicated to saving the 26 Christians held prisoner by the Muslims (this was during a period of maritime religious wars). Centuries later, in 1687, Barcelona suffered a plague of locusts, and the people put themselves in the hands of la Mercè. When the plague was over, the city council named her the patron of Barcelona. The Pope did not ratify this decision until two centuries later, in 1868.  With the arrival of democracy, La Mercè became the most popular city festival. Today, events for the Mercè festival take place all over the city, and include street art, theater, concerts, traditional dance, human castles (castellers), fireworks and more.

Here are just a few things I did, even though the festival was a week long it would be impossible to see it all. 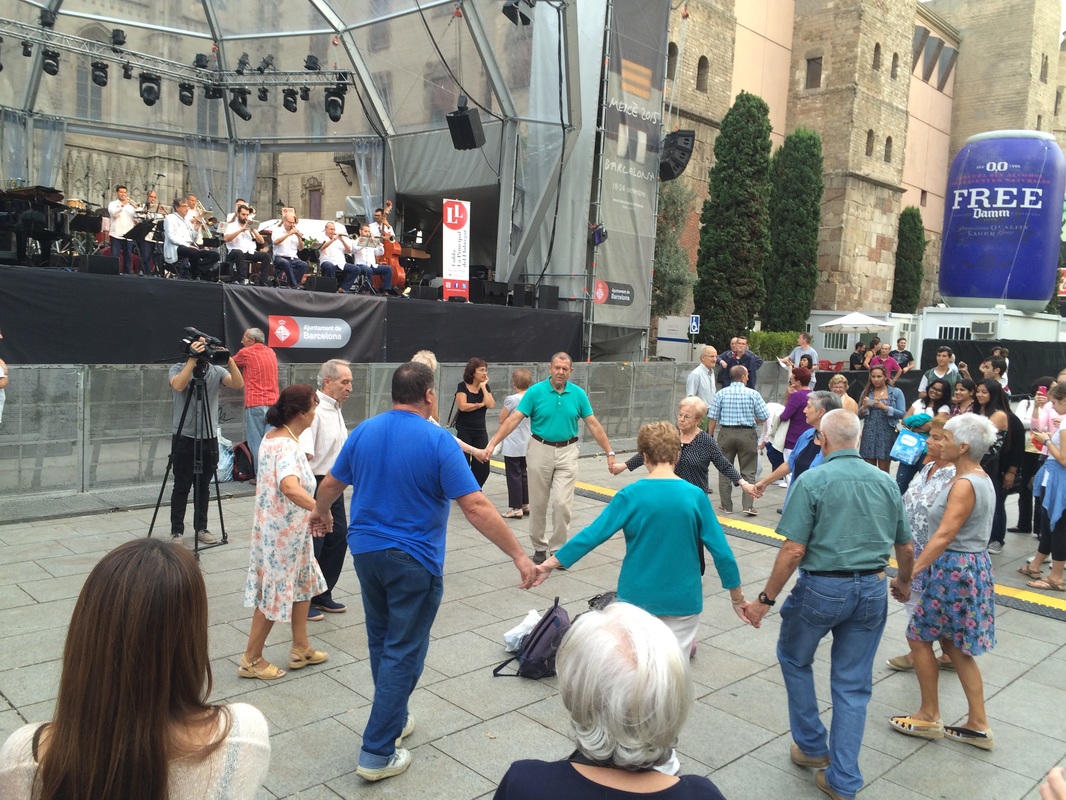 Here are some locals participating in the national dance of Catalunya, it is called the Sardena. Its actually kind of a slow shuffle in a circle and sometimes they raise their hands. It was really cool to watch as they welcomed more people to join their circle. I tried to figure out the steps so I could join in but it seemed too complicated for me. 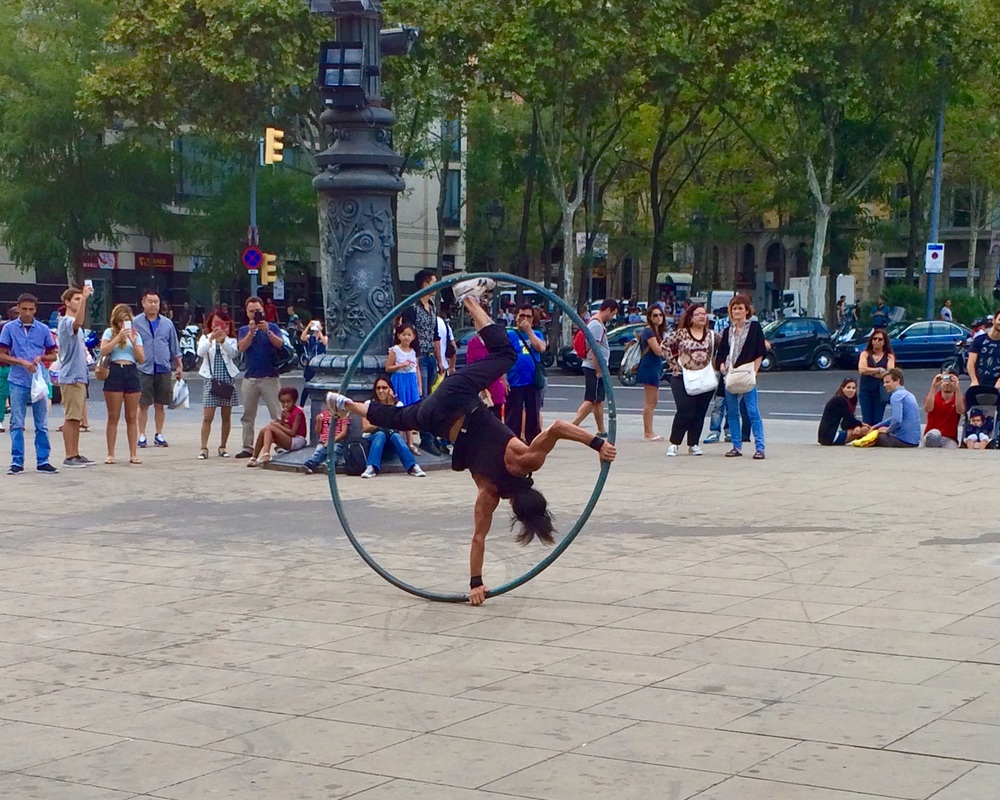 There were so many street performers all over, this one was one of the most impressive I have seen in awhile. This took place right under the Arc de Triompf. 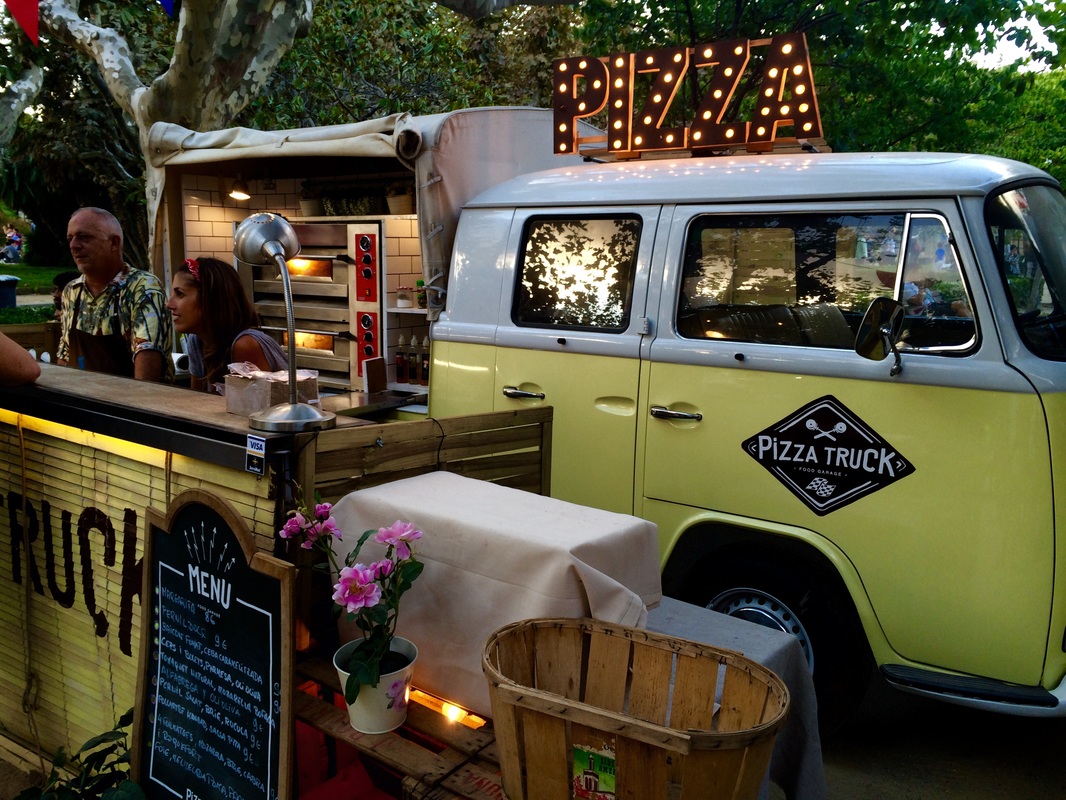 They had a ton of “food trucks” but they look much more different then the ones in Larkin Square. I really liked this one and I’m sure you can guess why (: 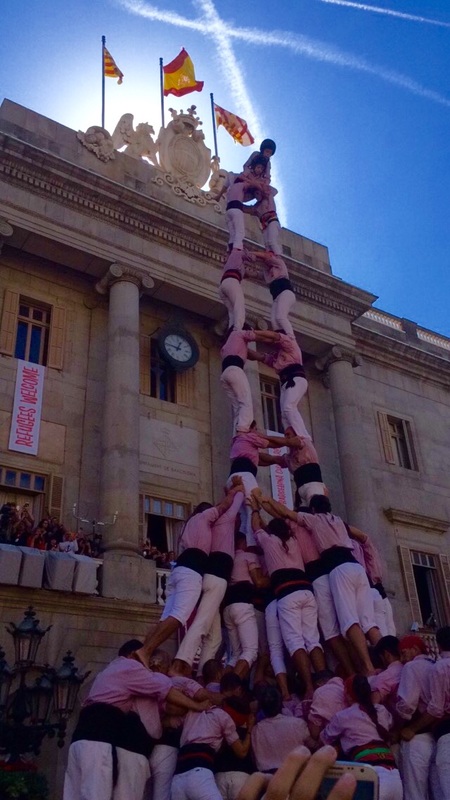 This was so cool, this is called a casteller, and it is a competition where different neighborhoods have teams. The child at the top is probably about 5 years old and he/she scales to the top raises their hand and shimmies back down and everyone else follows. The excitement of the people and pure joy on their faces of the feat that they had just accomplished brought a tear to my eye. We actually witnessed one collapse and it was horrifying! I hope everyone is okay. 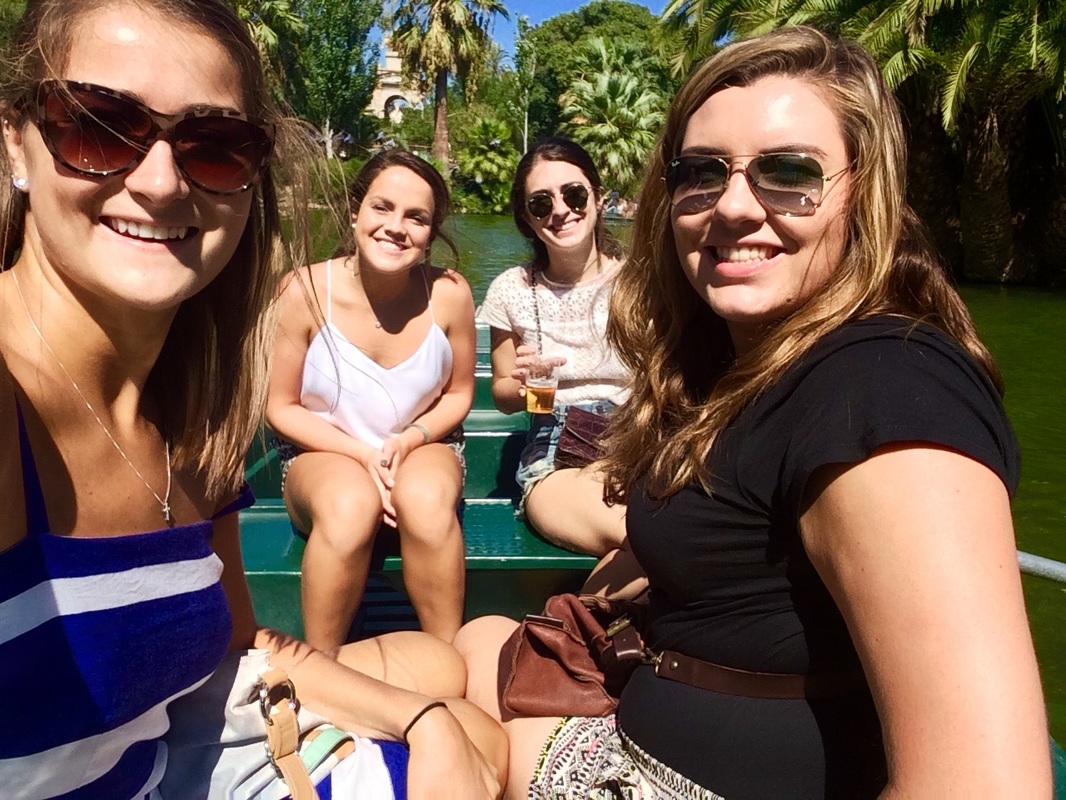 Here is me and some of my friends enjoying the activities of la Mercè and relaxing in a row boat, afterwards we went to an outdoor wine tasting were there were 60 different wineries present, I even got to keep my glass! 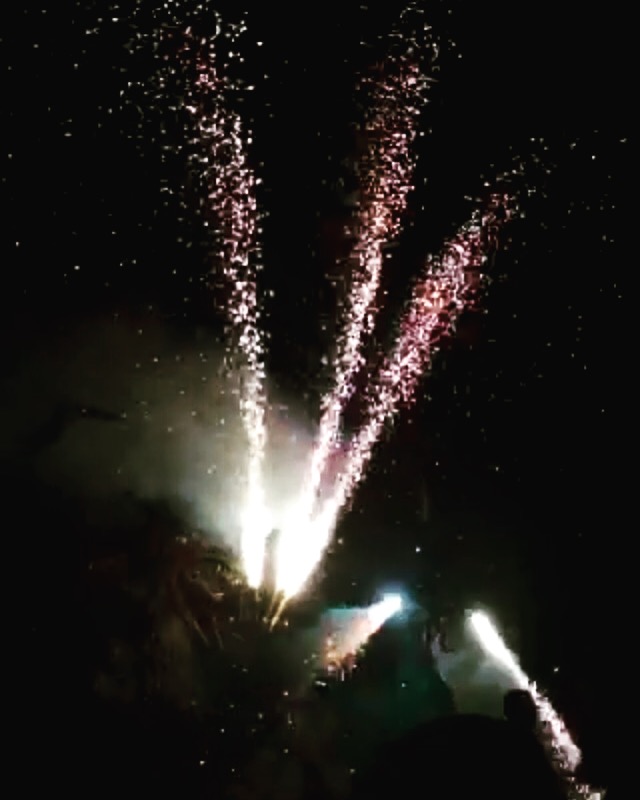 The picture is kind of hard to tell but this was one of the most terrifying but at the same time exhilarating things I have ever done. It is called the correfoc and it translates to fire run. You stand on the sides of the streets while people dressed up as devils dragons shoot fireworks at you. It was insane and I even got a few small burns! 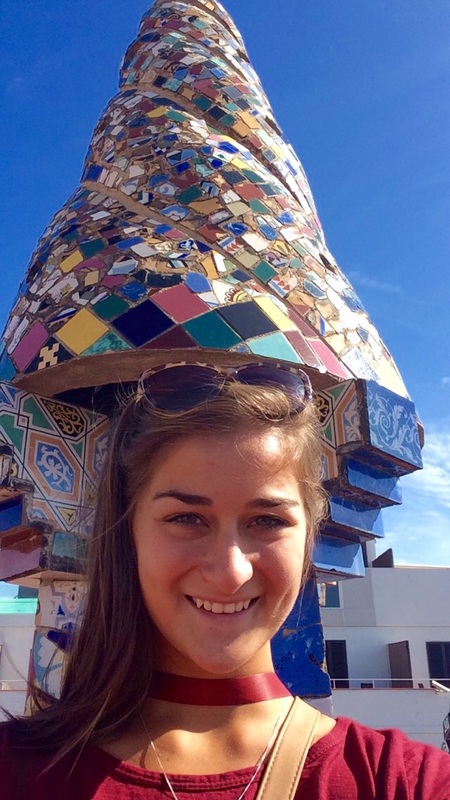 Yesterday was the last day and everyone had off of school and work, my friend Brittany and I went out to explore and we found that Palau Guëll was free! We waited in line for about an hour but it was well worth it. This palace was one of Gaudi’s beginning works of art. Here I am on the roof wearing my party hat because I was still in birthday mode from the day before! 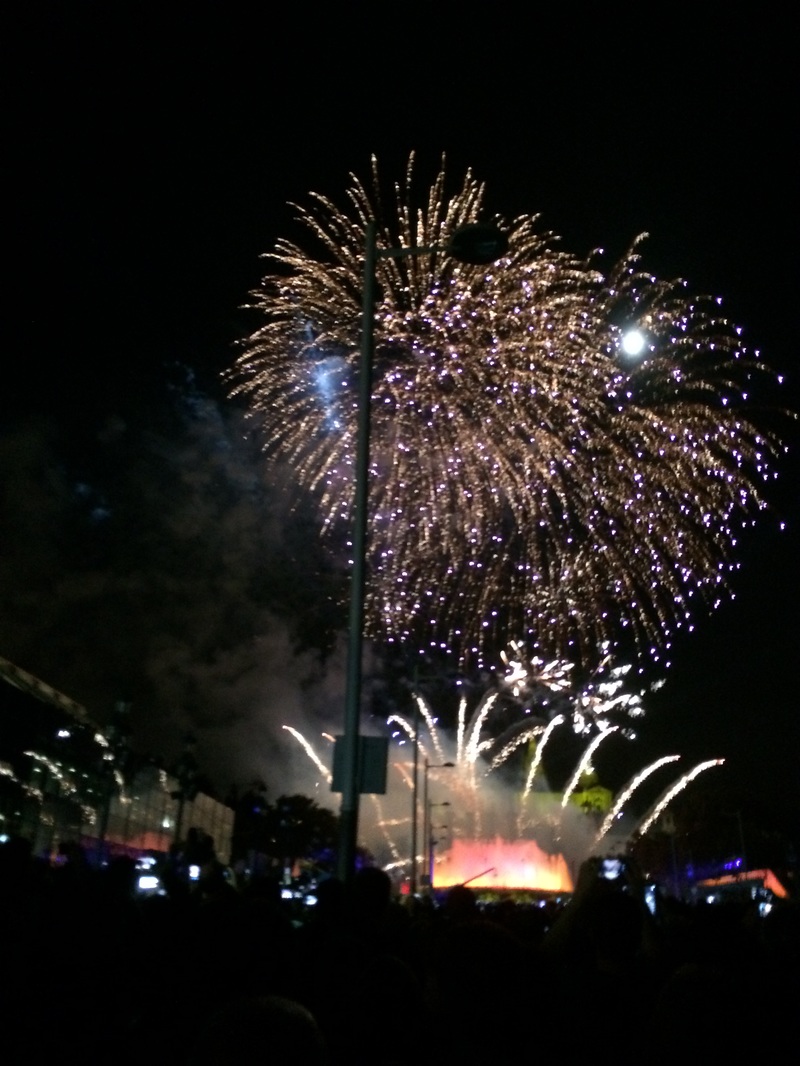 The end of the celebration included this incredible firework display at the magic fountain. The fireworks, fire torches, and fountain were all going with the music that was being played. There were so many people there it was insane, we got there an hour and a half early and still were pretty far back.

All in all la Mercè was an incredible experience and one that I will cherish forever. I am so happy I got to be here in Barcelona to celebrate my birthday and this festival at the same time. Thank you everyone for the birthday wishes, I cant wait to come home and celebrate!

Now I have to run and catch my flight to Madrid for the weekend!

Becca is a Marketing major from University at Buffalo, and interned abroad during Fall 2015.